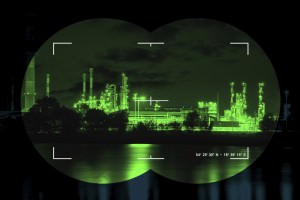 As the lead agency responsible for exposing, preventing, and investigating foreign intelligence threats on U.S. soil, in particular espionage, the FBI uses a suite of capabilities designed to keep weapons of mass destruction, advanced conventional weapons, and related technology from falling into wrongful hands; safeguard U.S. secrets; protect the nation’s critical assets and infrastructure; and investigate espionage and global spies wherever and whenever they are found. Paramount to investigating and prosecuting individuals suspected of espionage activity, the FBI believes public awareness is a key element trying to eliminate the threat.

In an effort to fulfill its responsibilities concerning espionage, the FBI builds and maintains strategic partnerships both here and abroad. That includes sharing the FBI’s expertise and resources with not only members of the U.S. Intelligence community, but building partnerships with businesses and members of the academic community to strengthen information sharing and counterintelligence awareness, including individuals involved in suspected espionage activity.

As an example of the FBI’s efforts, on January 25, 2011, Noshir Gowadia, was sentenced to 32 years in prison for espionage having been charged with providing classified national defense information to China, illegally exporting military technical data, money laundering, and filing false tax returns. An engineer with the Northrop Grumman Corporation for almost 20-years, the investigation determined Gowadia provided classified information concerning the B-2 bomber and assisted China with designing a cruise missile resistant to detection by infrared missiles. Requesting a lengthy prison sentence, authorities said Gowadia’s espionage activities were particularly egregious.

Likewise, on August 29, 2012, Hanjuan Jin, a former software engineer for the Motorola Corporation was sentenced to 4-years in prison for stealing trade secrets. Trying to leave the United States with technical documents marked confidential, authorities suspected espionage when she was stopped and the material discovered. As background information, in February 2007, Jin was stopped by U.S. Customs at Chicago’s O’Hare International Airport when it was discovered she had more than 1,000 electronic and other paper documents and proprietary property—traveling on a one-way ticket to China. Because she also had numerous classified Chinese military documents that described telecommunication projects for the Chinese military and also worked for a Chinese company that handled military contracts, officials suspected she was engaged in espionage activity for the Peoples Republic of China and she was detained for investigation.

Directory members can be extremely helpful to anyone seeking information and/or requiring a professional opinion concerning espionage.  Looking for an expert concerning espionage—visitors need only use the website’s search feature, entering the appropriate skill and geographical area of preference to identify an FBI specialist and thereafter make contact using the information provided.

Retire FBI Agents and Analysts interested in securing a Directory listing and/or a personal email address need only submit a brief online application to join the website.