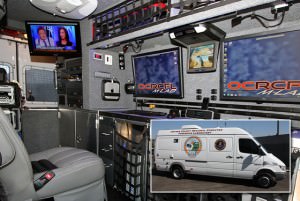 Computer forensics is a form of forensic science that specializes in investigating and analyzing computer data storage devices.  Computer hard drives, USB drives, CD-ROMs, floppy disks, tape drives, smart phones and other computer devices are examples of these devices analyzed by computer forensics specialists. Accordingly, members whose background also includes FBI Computer Forensics as a skillset can be a great asset to someone looking for an investigator and/or needing an expert to analyze a computer hard drive.

A domestic terrorist, kidnapper, corrupt politician and/or an identity thief—these are just a few of the criminals brought to justice with the help of the FBI’s Regional Computer Forensics Laboratories (RCFLs) and their counterparts in the High Technology Crimes Task Forces (HTCTFs) located throughout the United States.  These computer collaborative groups examine digital evidence in both criminal and national security cases, with many investigations coming from law enforcement agencies at the local, state, and federal level.  In FY 2012, these computer lab networks had the following accomplishments:

Members who have listed FBI Computer Forensics as a skillset can be extremely helpful to law firms, security professionals and journalists, looking at analyzing a computer in connection with a criminal or civil probe, need an expert to render a professional opinion and/or want someone to provide media commentary.  Asked to analyze a computer device, members listing FBI Computer Forensics can analyze digital evidence and provide testimony and/or an affidavit when needed.  Besides their FBI Computer Forensics skills, these members also have important organizational, reporting and interviewing skills, useful conducting ancillary investigation and/or collecting evidence in connection with the digital evidence.

Worried about computer schemes, hacking and digital evidence, members listing FBI Computer Forensics in their profiles can readily provide insight and suggestions, enhancing a security plan.  Listing FBI Computer Forensics as a skillset these members are indicating they have training, expertise and contacts, not only at the federal level, but with local, state authorities—necessary to safeguard networks and identify thieves.

Retired FBI Agents and Analysts, interested in securing a Directory listing and/or a personal email address who have a background that includes FBI Computer Forensics, need only submit a brief online application to join the website.