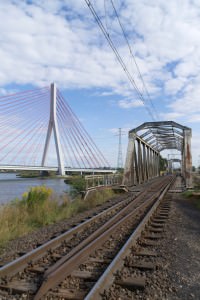 The FBI has primary investigative jurisdiction for all federal criminal violations except in cases wherein responsibility, by statute or some other directive, is assigned to another agency. Accordingly, the FBI has jurisdiction concerning Theft from Interstate Shipment [TFIS], which prohibits the theft or fraudulent transfer of goods that are part of an interstate or foreign shipment, whether from the carrier or in a holding area, and also the willful buying, selling or possession of stolen goods taken as a result of a Theft From Interstate Shipment.  Members whose background also includes FBI Theft Interstate Shipment can be a great asset to someone looking for an TFIS investigator and/or needing a expert.

In the United States, the most common theft from interstate shipment involves pharmaceuticals, consumer electronics, apparel, and food. As the demand for certain goods increase, cargo thieves will orchestrate a Theft From Interstate Shipment based on prices they can get for the stolen goods.

Aside from the cost, Theft From Interstate Shipment has even more alarming repercussions.  In California, FBI Special Agents have discovered violent gangs such as MS-13 (also known as MARA SALVATRUCHA, its leaders are from El Salvador), have been known to finance their activities through Theft From Interstate Shipment, and in Canada, the Chinese Triad crime organization has been linked to several reported cargo thefts. Mexico is in the middle of a serious drug war, and sometimes the violence has been associated with cargo stolen as a result of a theft from interstate shipment by warring drug cartels.

Worried about security because of an elevated threat level, members listing FBI Theft Interstate Shipment in their profiles can readily provide insight and suggestions, enhancing a security plan.  Listing FBI Theft Interstate Shipment as a skillset these members have the training, expertise and contacts, at the local, state and federal level—necessary to mitigate a threat level.

Retired FBI Agents and Analysts, interested in securing a Directory listing and/or a personal email address who have a background that includes FBI Theft Interstate Shipment, need only submit a brief online application to join the website.