For most citizens, the term Sabotage — usually associated with the FBI — connotes images of Bureau agents tracking down Nazi spies landed off our Eastern shores during World War II.  A term borrowed from the French, at the turn of the century, Sabotage meant the hampering of productivity and efficiency of a factory, company, or organization by internal operatives. 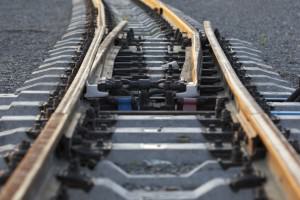 Today, Sabotage describes the destruction of property or machines by the workers who use them.  In the United States, Sabotage was seen first as a direct-action tactic used by labor radicals against oppressive employers.

In the late twentieth and early twenty-first centuries, Sabotage moved from the factory to cyberspace, as hackers frequently infiltrated computer systems to destroy data or embarrass companies. Computer hackers, much like their syndicalist forerunners, developed their own anti-authoritarian culture based on infiltrating America’s key computer systems.  Though Sabotage was originally a tactic promoted by intellectual subversives attacking specific economic and governmental systems in Europe, in America it became a tactic used by activists operating in numerous areas of society for many different reasons.

The ever-growing ‘insider threat’ many government and corporate entities worry about demands the highest attention be paid to security – physical, operational, personal, information, and communications.  FBI Special Agents live in such environments for the duration of their careers and are exceptionally well versed in the theory and practice of all-around security, in particular Sabotage and can readily point out such shortcomings in both the national and international level.

Directory members can be extremely helpful to anyone seeking information or requiring a professional opinion concerning Sabotage.  Looking for an expert on Sabotage—visitors need only use the website’s search feature, entering the appropriate skill and geographical area of preference to identify an FBI specialist and thereafter make contact using the information provided.

Retired FBI Agents and Analysts interested in securing a Directory listing and/or a personal email address need only submit a brief online application to join the website.