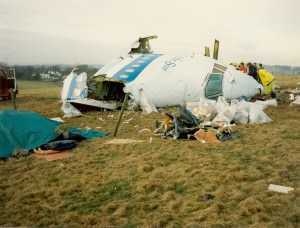 Internationally, AL QAEDA and their supporters and sympathizers have been identified as the primary terrorism threat facing the nation with home grown terrorists’ groups, including violent white supremacists, anarchists, certain animal rights groups, and environmental extremists generating much concern.

Attempting to understand and eliminate existing and emerging threats to the country’s security, the FBI uses its intelligence capabilities and time-tested skills to conduct counterterrorism investigations.  The FBI also shares information with its international partners and provides strategic and operational threat analysis “not” only to the intelligence community, but policy makers conducting counterterrorism investigations.

Today, the FBI’s primary focus in counterterrorism is prevention—detecting, disrupting and dismantling terrorist plots before they can happen.  Agents and Analysts are instructed to make arrests whenever they can—stopping terrorists at every level—investigating and prosecuting supporters and terrorists alike, e.g. an international financier bankrolling jihadis targeting a subway system.

In an effort to keep terrorists off U.S. shores, the FBI has posted agents overseas in 64 embassies and consulates and established 104 Joint Terrorism Task Forces located throughout the country—all staffed by federal, state, and local law enforcement officials. Each task force is supported by the National Joint Terrorism Task Force located in Washington, D.C. whose members include 48 separate government agencies and various important industry groups vital to the country’s security.  And aside from playing a central role in the National Counterterrorism Center, the FBI also leads the Terrorist Screening Center, Foreign Terrorist Tracking Task Force, and the Terrorism Financing Operations Section [TFOS] and supports dozens of state and local terrorism fusion centers located throughout the country.[1]

As an example of a local terrorism incident in which the investigators prevented an attack, in September 2009, the FBI learned a Colorado man, an AL QAEDA recruit, was interested in carrying out a terrorist attack. Using the Joint Terrorism Task Force’s multi-agency approach, FBI agents located NAJIBULLAH ZAZI and tracked him to New York City—wanting to become a suicide bomber in the city’s subway system.

As a result of the investigation, ZAZI and six other defendants were prosecuted and convicted on terrorism and other related charges.[1]

Members who have listed FBI Terrorism as a skillset can be extremely helpful to law firms, security professionals and journalists, looking at a terrorism investigation, needing an investigator to locate/interview witnesses, an expert to render a professional opinion and/or someone to provide media commentary.  Asked to review evidence in a terrorism case, members listing FBI Terrorism can also analyze documents, provide testimony and/or produce an affidavit documenting facts.  Besides the FBI Terrorism skillset, these members also have important organizational, analytical and interviewing skills, needed to examine evidence in a terrorism investigation and/or conduct interviews.

Worried about security because of an elevated threat level, members listing FBI Terrorism in their profiles can readily provide insight and suggestions, enhancing a security plan.  Listing FBI Terrorism as a skillset these members have the training, expertise and contacts, at the local, state and federal level—necessary to mitigate a threat level.

Likewise, members listing FBI Terrorism as a skillset can provide media commentary to journalists, wanting to write an article or produce a story about a terrorism case or incident.  Members with FBI Terrorism as an expertise can often provide information and facts, useful to enhance and/or document a story.  And many FBI Terrorism members also have media experience, working with print, television and radio mediums, providing in-depth commentary and/or interesting sound bites depending on what’s needed.

Retired FBI Agents and Analysts, interested in securing a Directory listing and/or a personal email address who have a background that includes FBI Terrorism, need only submit a brief online application to join the website.