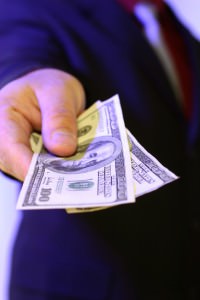 Within the last thirty-years, the Bureau has established itself as the nation’s premiere law enforcement agency responsible for pursuing FBI public corruption allegations and locking up dishonest officials. Undermining the public’s trust—breeding discontent in a community—the Bureau states FBI public corruption can pose a fundamental threat to the nation’s security and a person’s quality of life, directing field chiefs to make allegations a priority conducting investigations.

The Justice Department thinks corrupt public officials can impose long term economic problems for a community—costing taxpayers millions and wasting billions more. From the security of a country’s borders and/or a city’s infrastructure, to the way children are taught in school, roads are built and/or fire and police respond to emergencies, public cheats no matter whether they’re located in the United States and/or abroad can steal millions and waste billions more with little or no regard for a community’s citizens.

A corrupt judge, a dishonest inspector and/or a cash demanding contractor, can create economic havoc when acting corruptly within our system of government—putting criminals back on the streets, constructing unsafe buildings and/or not paying taxes.  Accordingly, the FBI has tasked each field office with maintaining a robust and vigilant FBI public corruption program—telling agents it’s not sufficient to just read headlines, but necessary to develop and use confidential human sources to pursue FBI public corruption allegations both in the public and private sectors.

Accordingly, the FBI has made public corruption it’s number one criminal priority.

As an example of the Bureau’s success conducting FBI public corruption investigations, in December 2011, former Illinois Governor ROD BLAGOJEVICH was sentenced to 14-years’ incarceration, as a result of a jury trial, following allegations he had illegally conspired to trade an appointment to the U.S. Senate in exchange for campaign contributions totaling $1.5 million; sought campaign contributions totaling $25,000 from a local hospital in exchange for legislation affecting an increase in pediatric reimbursement rates; and committed other FBI public corruption related crimes.

In another case, in June 2010, TECHNIP S.A., a global engineering company, agreed to pay the Justice Department a criminal fine totaling $240 million to resolve allegations company officials sought to “bribe” Nigerian government officials in violation of the Foreign Corrupt Practices Act.  As part of the alleged scheme, the FBI cited contracts to build a liquefied natural gas plant on Bonny Island valued at more than $6 billion.[1]

Looking for an expert concerning FBI public corruption investigations, visitors can use the website’s search feature, entering the appropriate skill and/or geographical area of preference to locate a retired agent, and thereafter make contact with an FBI specialist, using the information provided.

Retired FBI Agents and Analysts with a background conducting FBI public corruption investigations, interested in securing a Directory listing and/or a personal email address, need only to submit a brief online application to join the website.