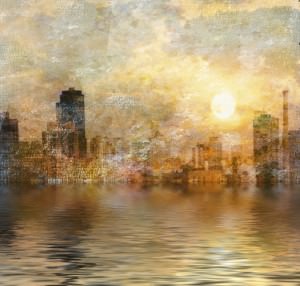 In the recent past the FBI Art Theft Team was made up of 14 Special Agents supported by three trial attorneys.  Trafficking stolen art, the FBI estimates annually thieves loot billions of dollars—crossing both state and national borders to avoid prosecution and fence the stolen property.  Conducting investigations agents are generally assigned to a local field office, but their efforts are coordinated at FBIHQ under the FBI’s National Art Theft program.  Agents whose backgrounds includes the FBI Art Theft Team can be a tremendous asset to someone wanting to recover a stolen art piece.

In an effort to recover stolen art, the Bureau maintains the National Stolen Art File—a computerized index—used by law enforcement agencies throughout the world. Thieves are motivated to steal art usually because of poor security measures in place and once stolen can easily be concealed and transported. Experts say only a fraction of the stolen booty is generally ever recovered with some investigators suggesting recoveries only occur about five-percent [5%] of the time.

The largest art theft in U.S. history occurred, in March 1990, when sophisticated thieves invaded Boston’s ISABELLA STEWART GARDNER MUSEUM stealing 13 paintings valued at more than $300 million, including three [3] REMBRANDTs, five [5] DEGAS, one [1] MANET and one [1] VERMEER. Despite agents’ best efforts, the FBI said the stolen paintings were never recovered.  Considered clever—the burglars still were not thought to be professional thieves since several more expensive pieces were left behind.1  In 2013, working with the FBI Art Theft Team, agents reportedly identified the culprits responsible for the theft, but could not mention names since agents did not have sufficient evidence to bring charges of theft.  The FBI said the whereabouts of the stolen paintings were still unknown—having been sold several times.2

Members who have listed the FBI Art Theft Team as a skillset can be extremely helpful to law firms, security professionals and journalists needing an investigator and/or an expert to conduct a probe, render a professional opinion and/or provide media commentary.  Asked to review evidence, members whose backgrounds include the FBI Art Theft Team can also analyze documents, provide testimony and/or produce an affidavit for a judicial authority.  Besides having special attributes generally associated with the FBI Art Theft Team, these members also have important organizational, reporting and interviewing skills, needed to conduct an investigation and collect evidence.

Interested in security measures, members  whose backgrounds include the FBI Art Theft Team can readily provide insight and suggestions, enhancing a security plan.  Listing the FBI Art Theft Team as a skillset these members have training, expertise and contacts, at the local, state and federal level—to provide an appropriate security plan and/or make recommendations and suggestions to enhance one.

Likewise, members who have listed the FBI Art Theft Team as a skillset can provide media commentary to journalists, wanting to write an article or produce story talking about stolen art pieces.  Members with FBI Art Theft Team as an expertise can often identify individuals with information, useful to enhance and/or document a story.  And many FBI Art Theft Team members also have media experience, having worked in print, television and radio mediums, providing both in-depth commentary and/or sound bites depending on the situation.

Looking for information and/or an expert concerning the FBI Art Theft Team—visitors need only use the website’s search feature, entering the appropriate skill, as well as the geographical area of preference to make contact with an FBI professional, using the information provided.

Retired FBI Agents and Analysts, interested in securing a Directory listing and/or a personal email address who have a background that includes the FBI Art Theft Team, need only submit a brief online application to join the website.