CONFESSIONS OF AN FBI AGENT/INVESTIGATOR 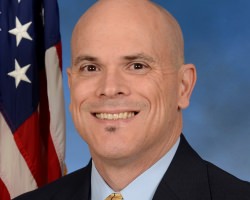 Becoming a Private Eye Made Me a Better Investigator.

I love the FBI. I love the people at the FBI. I was an FBI Agent for 29 years before I decided to retire. I was fortunate that I was able to spend my entire career in the Dallas/Fort Worth area working as a “street agent.” I never chose to climb the management ladder or look for one of those cushy “coordinator positions.” I also never went into the Intelligence or Terrorism sides of the house. My entire career was devoted to conducting criminal investigations and putting the bad guy in jail.

I was good at it. I received over 25 awards and commendations for my work. I handled the big cases, consisting of multi-jurisdictional criminal organizations. I employed wire taps, covert cameras, confidential informants, controlled purchases of contraband, undercover agents, physical surveillance, computer and cell phone forensics and data analysis, along with interviews, interrogations and more interviews. I ran inter-agency teams of law enforcement personnel and led countless prosecutions.

If anybody should be considered a great investigator it’d be me, right? Well not so fast.

After I retired from the FBI I took a job in the private sector and decided this was going to be the easy life for the next 15 years or so, until I took my real retirement from working altogether. I hated it. I had spent my working life serving people, and now I was serving the corporation. It just didn’t fulfil me. I needed to serve people again.

In October 2017, I obtained my Texas Private Investigator business license and opened my own firm. I’m a one-man shop…. a…one…man…shop! What an awakening. Not only did I no longer have a Government issued gun and badge, I didn’t have the power and resources of the FBI. I was now Jim Ellis, Private Investigator. The very title alone conjures up, in some people’s minds, a semi-sleazy guy hustling to get enough money to pay for his shabby office and his bubble-gum chomping receptionist, Trixie.

No longer did I have the luxury to issue a subpoena for bank records, phone records, employment records, email accounts and IP addresses. No longer could I get court orders to tap a subject’s phone, obtain his cell tower locations, search his home, business or the contents of his phone or computer.

No longer could I call on my analyst to pour over bank and telephone records; call on my squad mates to go help me with a surveillance; get the new guys to do an early morning trash pull; turn to my tech guys to get me the latest covert recorders; turn to the computer forensic guys to analyze computer data; turn to the intelligence guys to see if my subject was popping up in any other part of the country. I no longer had access to full un-redacted police reports; NCIC criminal histories; private surveillance cameras or powerful databases that blows the doors off of what is commercially available. I no longer could pick up the phone and call my counterparts at any federal or local law enforcement agency and know I’ll get full access to their case files and knowledge.

I was on my own. I was going to sink or swim based on my own abilities, and in this strange new world I wasn’t sure what my abilities were. I was a newbie, a rookie. Yes, my career had given me the skill and training to do a good job as a PI, but I really didn’t know squat about the business. I attracted clients because I played up my FBI experience, but now I had to learn how to efficiently deliver to them a thorough and complete product as an ex-agent.

I checked my ego, swallowed my pride and asked for help. What I found in my short time as a Private Investigator is that PIs like to help. Not only help their clients, but they like to help each other. I have had PIs I didn’t even know give me advice on unique ways to gather information and evidence. PI’s have given me advice on how to run my business – from marketing, to client management, to billing. PI’s have given me advice on how to conduct a thorough investigation while not only following the letter of the law, but also maintaining high ethical standards.

In the first six months of being a Private Investigator I learned an entirely new way investigate. A way that doesn’t rely on the full weight and authority of a government law enforcement agency, but on the common knowledge and skills of the private investigator community.

I’ve read books and periodicals, listened to and watched podcasts, followed blogs, participated in forums and private industry groups, visited countless websites and taken training classes and talked to dozens of PIs – all to make me a better investigator. In six months, I’ve engaged in more active learning than I did in most of my time as an Agent. The biggest adjustment I’ve made is that I left behind the notion that being an FBI Agent makes me God’s gift to investigators.

When I first joined the FBI, the older guys always said that a good agent is never cold, hot, wet, hungry or tired. In my first six months as a PI, I’ve been all those things during an investigation, but I kept going because a client was counting on me.

Am I a good investigator? I believe I am (OK, in all honesty I’d like to think of myself as a great investigator – but I’ll settle for good). Am I the best investigator around? I don’t know if I’ll ever earn that title, and that keeps me hungry to learn and experience more. Do I make my clients happy? Most of the time I do, and I have the referral and repeat business to prove it. Am I a better investigator today than my last day in the FBI? Without a doubt!

James K. Ellis is a retired FBI Agent with over 29 years of service to north Texas. He is now the Owner of JKE Texas a full service private investigations firm specializing in business and school fraud, litigation support and general investigation services.