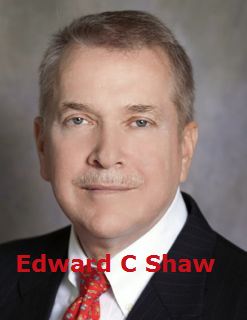 HOUSTON–The world of Japanese sport suffered a serious blow to its chances in the badminton competition at the upcoming Rio de Janeiro Olympics.  A top Japanese badminton player was suspended because he had participated in illegal gambling. The player, KENTO MOMOTA, was suspended indefinitely by the Nippon Badminton Association on April 10 2016.  Another Japanese badminton player, KENICHI TAGO, who competed at the 2012 London Games and became the first six-time Japanese badminton national champion in 2013, was also discovered to be gambling illegally. He was deregistered indefinitely by the association in a heavier punishment.  Reputation and “face” are very important in Japanese society and that is likely the reason the two players were sanctioned so severely for their illegal gambling.  The fact they were discovered to be gambling illegally certainly embarrassed their team and other related organizations

The two disgraced athletes gambled at an illegal casino operated by members of the SUMIYOSHI-KAI, a notorious Japanese Yakuza criminal gang. But the gambling by these two Japanese badminton players is only one of a series of recent scandals to strike current and former professional Japanese athletes.  Former Yomiuri Giants pitcher SHOKI KASAHARA, aged 25, was arrested, on April 29, 2016, on charges he helped organize baseball gambling.  KASAHARA’s arrest occurred approximately two months after another former Yomiuri Giants player, KAZUHIRO KIYOHARA, was arrested on February 3, 2016 on suspicion of possessing illegal stimulant drugs.

The writer is not aware if any of the badminton or baseball players mentioned above had product or service endorsement contracts with any companies.  If there were any such contracts or other deals they have now likely been terminated.  Companies planning to retain sports celebrities to endorse their products and services in the Japanese market for the Tokyo 2020 Olympics should keep in mind the sudden disgrace experienced by the Japanese sports celebrities described above.

In the Japanese market, as in other large national markets, corporations from around the world seek the endorsements of famous athletes for products and services.  Japanese tennis player KEI NISHIKORI is an example of an athlete much in demand to endorse products and services in Japan and in other countries.  However, companies seeking endorsements by athletes for sales in Japan need to keep in mind the Japanese concept of “face” or reputation.  As with the badminton and baseball players described above an athlete behaving badly can generate a whirlwind of negative publicity in Japan.  Any athlete who endorses a product or service for the Japanese market can suffer reputational harm for any number of reasons. The damage to the endorsing athlete’s reputation will damage the image of the endorsed product or service.  And the damage to the endorsed product or service in the Japanese market can be more serious than in the U.S. or other major national markets.

HOW TO WIN THE SPORTS CELEBRITY ENDORSEMENT GAME

As the Tokyo 2020 Olympics approach foreign companies are likely already lining up athletes for endorsements in the Japanese market.  The Olympics is a golden opportunity for a company to define and enhance its profile in Japan.  And as in other countries, a company seeking an athlete’s endorsement to promote sales in Japan will carefully review or vet the reputation of the athlete in question.

Foreign security and safety officials responsible for vetting athletes for corporate endorsement during the 2020 Tokyo Olympics need to keep in mind two things.

First, if an endorsing athlete ‘goes rogue’ the damage he/she can do to an endorsed company in Japan can be severe.  Therefore, the vetting process for the Japanese market should be more rigorous and comprehensive than for the markets of most other countries.

Second, foreign safety and security officials must keep in mind that the ‘lay of the land’ in Japan regarding reputation is different from most other countries.  Therefore, when vetting a sports celebrity they should be sure to retain the services of experts thoroughly acquainted with every possible way a sports celebrity endorser can do something to generate a storm of negative publicity in Japan.  In this way the vetting process will properly assess the potential risks when a company retains an athlete to endorse its product in Japan.