LARAE QUY SAYS, “WOMEN CAN GRIT-UP AND DO THE RIGHT THING.” 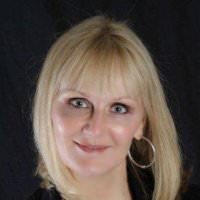 SAN FRANCISCO–You may think that, as a female FBI agent, I manned-up to be accepted as one of the guys.  It’s true that there was no place for a delicate prima donna on the squad, but my feminine traits and qualities were never discouraged.  They were simply put in perspective.  Training alongside male agents as an equal, we neither had the time nor the inclination to play gender games.  We had a job to do and we did it.  Training, we found ourselves daily in life and death situations where the meaning of man-up simply meant digging down to find the strength and mental toughness to face the situation and come up with a solution.

It was “not” about being a man or a woman—but rather being awesome in whatever we were doing maybe to solve a crime or save someone … an awesome responsibility.

A challenge to man-up assumes the speaker is tougher than the other person. It suggests manliness and strength. After all, it would be hard to imagine a man telling a woman that she needed to be more ladylike to be qualified for her position.

Women are starting to shelve polite sensitivities and this is a trend among women of all ages who are post-feminists. They’re not afraid of losing their feminine qualities by being tough and resilient, traits that have been mostly associated with masculinity.

The phrase grit-up implies a woman who prides herself on being strong, irreverent, and post-feminist. It suggests courage and empowers those who use it.

Instead of trying to man-up, entrepreneurs, leaders, and business owners need to learn how to grit-up because grit is a quality that doesn’t belong to any specific gender.

It means that you have the mental toughness to do what needs to be done without making excuses for yourself or blaming others for your situation. You take the burden of your responsibilities, whatever they happen to be, with a will and perseverance that is unbreakable. It is the ability to fight against extreme odds.

Grit is what you rely on when you feel like you have nothing left.

Let me share with you ways the FBI taught me to grit-up:

Strong people do not need to be aggressive because they know they have the power and skills to take over a situation and bring it to a close. Naked aggression can hide cowardice and be a sign of weakness. In many situations, mental toughness and gentleness of spirit need be mixed to be most effective.

For example, in an arrest situation, FBI agents need to be strong to slap handcuffs on a criminal. They also need to be gentle and treat the person with dignity—only a jerk kicks a person when they’re down.

TIP:  To be strong does not mean you need to be aggressive.

2.]  COMPETENCE IS YOUR TRUMP CARD

We are competent in those areas in which we’ve spent time in training. I’m a competent shot because I’ve spent hours on the firing range and shot over 3,000 bullets before leaving the FBI Academy. My scores went up because of my training, and my repeated experiences led to success. Otherwise, I would just have a well-used weapon in my hands.

I had the training to lean back on when confronted with an arrest situation and I knew I had the competence to shoot my weapon with accuracy so that fewer people were endangered.

3.]  BUILD CONFIDENCE WITH A STRONG MIND

I had many doubts about my abilities during my first few years as an FBI Agent. I’d hear this nagging voice that told me I couldn’t do it, and it took me a few years to realize that these unhelpful ideas and thoughts only lived in my head. Do the right thing for yourself so that you can do the right thing for others.

It takes courage and a strong mind to try new strategies that will make you feel uncomfortable—at first, but this is how you over-power those negative voices. After all, if someone else can do it, why not you?

TIP:  Monitor internal voices that cause you to doubt yourself so you can nip them in the bud—before they become powerful.

“Do the right thing. It will gratify some people and astonish the rest.” Mark Twain

When have you had to grit-up and do the right thing?

Member LaRae Quy was an FBI undercover and counterintelligence agent for 24-years.  She exposed foreign spies and recruited them to work for the U.S. Government.   As an FBI agent, she developed the mental toughness to survive in environments of risk, uncertainty, and deception.

LaRae is the author of “Secrets Of A Strong Mind” and “Mental Toughness for Women Leaders: 52 Tips To Recognize and Utilize Your Greatest Strengths.”

If you’d like to find out if you are mentally tough, get her FREE 45-Question Mental Toughness Assessment.