OPFOPEN: The Backstory On The FBI’s ABSCAM Case 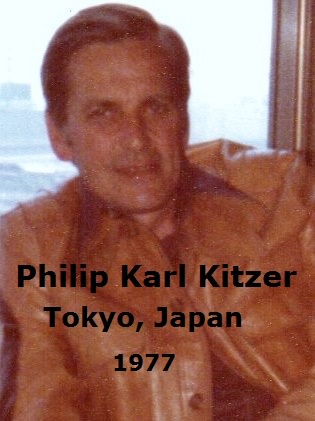 SACRAMENTO–Reading about PHIL KITZER and his network of “offshore” banks used to defraud millions, author DAVID HOWARD said he wanted to learn more about the notorious “con,” in particular the FBI’s “undercover” operation, where agents penetrated his criminal organization, causing his prosecution.  He said his interest was piqued, learning agents often shared living quarters with him when they traveled together, working in an undercover capacity.  He thought it had to be extremely difficult to maintain their cover, while developing and collecting evidence concerning his network of international thieves, as they circled the globe.  Taking place in an era when the Bureau was being revamped,[1] HOWARD said he wanted to write a true crime narrative about the “undercover” operation that dismantled KITZER’s criminal network.

Identifying White Collar Crime [WCC] and Organized Crime [OC] as its top two priorities, the FBI assured Congress it took serious the report issued by Senator FRANK CHURCH and the Senate’s Select Committee on Intelligence[4] but it wasn’t until the KITZER investigation did lawmakers know agent resources were finally being directed to handle complex investigations.  Criticized for working cases that easily could be handled by local authorities,[5] FBI executives seized the KITZER case as evidence agents were complying with Congress’ mandate.  HOWARD thought the historic changes being made in the agency and the daring “undercover” operation were an important story and he wanted to tell it.

Code named “OPFOPEN” the FBI’s moniker for Operation Fountain Pen,[6] the case was designated Major Case #1 when it became clear agents had successfully penetrated KITZER’s criminal network and Department of Justice [DOJ] attorneys said they would prosecute the case.[7]  Besides signaling FBIHQ’s support for the investigation, the designation carried with it a special instruction field offices needed to treat requests for investigation “expeditiously.”

Historically speaking, KITZER was initially targeted for investigation, in September 1976, when agents learned about his network of “offshore” banks.  Penetrating his criminal organization, in February 1977, FBI Special Agents [SAs] JACK BRENNAN and JIM WEDICK spent almost a year traveling with KITZER, alerting authorities about his crimes when they could and thwarting scams wherever and whenever possible.[8]  The “undercover” phase of the investigation ended when FBIHQ officials became concerned the increased security risks could no longer be mitigated by agents given the involvement of the GAMBINO and LUCCHESE crime families in New York.  Using their own identities and WEDICK’s residence befriending KITZER, agents did “not” have any security protections generally afforded agents conducting “undercover” operations.  Today “undercover” agents are provided with fictitious identities, credit cards and in some instances “undercover” residences and motor vehicles.

Notorious for courtroom “theatrics,” KITZER often boasted to agents during their travels about his antics, thwarting prosecutors and derailing investigations, crediting past DOJ triumphs to his legal team’s disruptive tactics.  In one celebrated case, he named his bank holding company “The 219 Dearborn Corp,” just so he could torment and aggravate authorities, anticipating prosecutors would try to shut down one of his “offshore” banks in the Caribbean alleging fraud.

In another case tried before U.S. District Court Judge [USDCJ] EDWARD J. DEVITT, KITZER and 16-codefendants scored a major victory against the Justice Department and were found “not” guilty,[9] following a 14-week[10] politically explosive[11] trial made sensational with allegations including fraud,[12] bribery,[13] blackmail,[14] misuse of a $20,000 slush fund,[15] and illegal campaign contributions.[16]  Charged with defrauding $4 million from policyholders operating AMERICAN ALLIED INSURANCE CO,[17] KITZER told agents his legal team “shredded” the prosecution’s case.  Key to his success was convincing Judge DEVITT to move the case from Minneapolis – St. Paul because he had crossed honchos in the Democratic Farm Labor Party reneging on a campaign promise.

Appreciating the significance of the OPFOPEN case noting it also spawned the FBI’s famed ABSCAM investigation, credited with prosecuting several members of Congress for taking bribes, BRENNAN and WEDICK agreed to cooperate with HOWARD, as did MYRON FULLER, another website member.   Aside from the ABSCAM case, FULLER was responsible for the OPFOPEN probe  , which included the Title-III “wiretap” surveillance concerning FREDDIE PRO’s [ALFREDO PROC] office and apartment complex overlooking Central Park, the GAMBINO and LUCCHESE crime families’ failed efforts to “takeover” the BROOKHAVEN MORTGAGE COMPANY, in Melville, NY [responsible for servicing a $150-million loan portfolio] by mobsters VINCENT DiNAPOLI and JOE TROCCHIO and, “ABSCAM.”[19]  Mobsters wanted to use BROOKHAVEN’s loan portfolio to fuel loan sharking operations.  Ruthless … in an earlier probe involving $2.5 million in “stolen” securities, mobsters killed 4-witnesses thought to be cooperating with the FBI.  In the OPFOPEN case, agents disrupted the contract “HIT” concerning ARMAND MUCCI in Cleveland brokered by PRO and TROCCHIO.  Using a corrupt bank manager, MUCCI had agreed to negotiate a $110,000 check for PRO, but when the check “cleared” kept all the proceeds.  MUCCI had promised to return funds minus a fee for cashing the check, but got into a dispute about the amount.

Familiar with Bureau investigations, HOWARD authored, “LOST RIGHTS: The Misadventures of a Stolen American Relic,”[20] published by HOUGHTON MIFFLIN HARCOURT, in 2010, detailing the epic journey made by one of the 14 hand-drafted originals made of the Bill of Rights “stolen” by a Union army infantryman rifling through a Raleigh, North Carolina statehouse looking for Confederate mementos.  The document was recovered by the FBI, almost 138-years later in Philadelphia, PA, in a dramatic sting operation when two Connecticut antique dealers tried to sell the document to the nonprofit National Constitution Center for $4 million.

Securing a warrant issued by a Philadelphia District Court, agents seized the historic document following its delivery by a courier upon notification an FBI undercover agent delivered a $4 million check to a broker.  Historically speaking, the document was one [1] of fourteen [14] hand-drafted originals made of the Bill of Rights commissioned by President GEORGE WASHINGTON in 1789 shortly after Congress proposed the first Ten [10] Amendments to the Constitution.  WASHINGTON sent a hand-drafted original of the Bill of Rights to each of the 13 states for review and ratification–keeping the 14th for the federal government.  The artifact recovered was the hand-drafted original sent to the State of North Carolina.[21]

[1] Seeking to restore public trust during his tenure FBI Director CLARENCE M. KELLEY instituted numerous policies changes, prioritizing criminal programs.  His most significant innovation, “was implementing the concept of ‘Quality over Quantity’ investigations … directing … field office[s] to set priorities based on … cases … important in its territory and … concentrate resources on those priority matters.”  [See http://www.fbi.gov/about-us/history/brief-history sub-headed, “The Aftermath of Watergate (1970s).  Working with Attorney General [AG] EDWARD LEVI and Congress in 1976 he secured legal framework known as the AG Guidelines for the FBI to use Informants and conduct Undercover Operations.  [See http://www2.fbi.gov/facts_and_figures/short_history.htm].

[7] Justice Department officials met in Indianapolis, IN and committed to prosecuting a number of cases identified by agents.