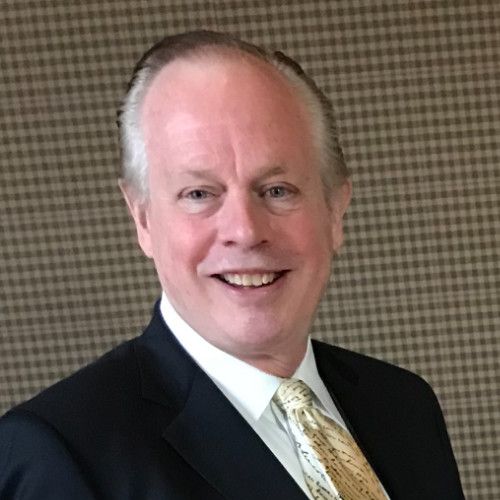 WASHINGTON DC – Retired FBI agent … member TOM BAKER … writes OPED for the WALL STREET JOURNAL [WSJ] reminding readers ROBERT MUELLER’s investigation made clear the TRUMP campaign did “not” collude with Russia and, further, the FBI never a had a clear predicate to conduct an obstruction inquiry.

The FBI’s Obstruction Probe Had No Basis

McCabe ordered it because Trump fired Comey, which he had every right to do.

Robert Mueller’s investigation established that there was no collusion between the Trump campaign and Russia. Yet the cloud of obstruction of justice remains—even though there was never a good reason for the Federal Bureau of Investigation to initiate an obstruction inquiry.

FBI Director James Comey testified before the Senate Judiciary Committee May 3, 2017, that interference in the counterintelligence investigation “has not happened.” Six days later, President Trump fired Mr. Comey. On May 11, acting Director Andrew McCabe testified to the Senate Intelligence Committee that there had been “no effort to impede our investigation to date.” In his book, “The Threat,” Mr. McCabe writes that he ordered the bureau to investigate obstruction solely because of Mr. Comey’s firing. Yet Mr. Comey had acknowledged in his farewell address to agents that the president had the right to fire him “for any reason, or for no reason at all.”

Obstruction of justice was folded into Mr. Mueller’s inquiry when it began on May 17, 2017, taking Mr. McCabe out of the chain of command. The Justice Department’s inspector general reported in March 2018 that Mr. McCabe “had made an unauthorized disclosure to the news media and lacked candor—including under oath—on multiple occasions.” The FBI’s Office of Personal Responsibility recommended he be fired for that misconduct, and he was.

Yet the obstruction inquiry rolled on. It focused on conversations between the president and Director Comey about former national security adviser Mike Flynn as well as on Mr. Comey’s dismissal. Months before William Barr was nominated as attorney general, he prepared a 19-page memorandum explaining why, as a matter of law, these actions could not constitute obstruction. He furnished this memo to then-Deputy Attorney General Rod Rosenstein.

Mr. Mueller couldn’t prove obstruction but couldn’t bring himself to say that there was none. Rolling through the pages of his report’s second volume is the president’s frustration with the unfairness of it all. He was, as we now know, an innocent man angry about being investigated for collusion that had never happened. He expresses himself strongly, shifting in Mr. Mueller’s account from anger at the investigators to disappointment with those he felt should be protecting him. But it was all talk, no action. Mr. Trump never did anything to interfere with either the original counterintelligence investigation or with the special counsel’s inquiry.

On Wednesday Mr. Mueller, in response to a subpoena, will testify before the House Judiciary and Intelligence committees. One question that should be asked about his investigation: What could you not do that you wanted to do? The likely answer: Nothing. That should lay aside any question of obstruction of justice—the question that should never have been asked.

Mr. Rosenstein, who appointed the special counsel, has clearly said that the Mueller report does not show obstruction of justice. But justice takes funny turns. Mr. McCabe, the man who introduced obstruction into the narrative without any basis, may yet face criminal charges.

After almost 33-years’ service with the Bureau, in 1999, member THOMAS J BAKER “retired” from the FBI while still stationed overseas as the FBI’s Legal Attaché in Paris, France. Appointed a Special Agent in 1967, his career included tours of duty, as a police instructor at the FBI’s Academy in Quantico, Virginia and, in 1981, was responsible for setting up the FBI’s Command Post, as the Assistant Special Agent-in-Charge [ASAC] at the FBI’s Washington Field Office [WFO] investigating JOHN HINCKLEY’s failed assassination attempt of President RONALD REAGAN. Assigned to the Office of Public Affairs at FBIHQ for almost five [5]-years, in 1987, he was transferred to the U.S. Embassy, in Ottawa, Canada, and in 1990, securing “diplomatic” status, was appointed the Legal Attaché at the U.S. Embassy in Canberra, assigned to handle Bureau and the Justice Department matters “not” only on the Australian continent, but a number of Pacific island nations as well. In 1994, he was transferred to the U.S. Embassy in Paris, France, and was again afforded “diplomatic” status, appointed as the FBI’s Legal Attaché, that also included managing the Bureau interests’ in Algeria and much of Africa.

For more information MR. BAKER’s profile can be seen here at: https://fbiretired.com/agent/thomas-baker/

And you can also follow him on LinkedIn at: https://www.linkedin.com/in/thomas-j-baker-413b577/