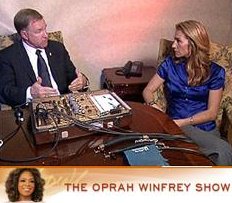 SACRAMENTO–Invited to join Https://FBIretired.com, FBI polygraph examiner, JACK TRIMARCO, said, “I’m in,” when asked about becoming a member and joining the website.  Retiring from the FBI’s Los Angeles [LA] Division in 1998, with almost 21-years’ experience, he was responsible for LA’s Polygraph Unit when he retired–conducting more than 1,100 polygraph examinations involving both criminal and national security investigations.

Before joining the FBI, during 1967 thru 1971, he was a military policeman in the Unites States Air Force [USAF], named “Airman of the Year,” in Italy, in 1968, and later, during 1971 thru 1978, was a Deputy with the Yellowstone County Sheriff’s Office, in Billings, Montana.  While in the FBI, he received numerous commendations for exceptional work performance and was twice nominated for the FBI’s Medal of Valor.

Trained at the U.S. Department of Defense’s Polygraph Institute [now called, “National Center for Credibility Assessment (NCCA)“], a 14-week polygraph course, during period 1990 thru 2012, he attended more than 50 polygraph training seminars conducted by the FBI and/or professional polygraph organizations, and he has provided information and training to numerous federal, state and local agencies, as well as the different national and state polygraph associations concerning the use of the polygraph.  He also is a frequent contributor to the Dr. Phil Show – Fox News – The O’Reilly Factor – Catherine Crier – CNN – The Today Show – Hannity & Combs – Oprah Winfrey and The Morning Show – and has made over one hundred other guest appearances involving national and local media networks.