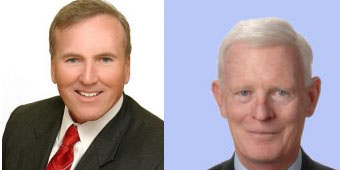 CALIFORNIA / NEW YORK–Capitalizing on the prominent “page one” listings the website has with search engines, in particular key words used by high-profile individuals, security officials, law firms and journalists seeking information about “security” and/or “executive protection,” and someone who is a “retired” FBI agent, DOUGLAS KANE and WILLIAM McSHANE are respected security professionals and members at Https://FBIretired.com whose firms are sought after commodities in the entertainment and hospitality industries.

KANE’s background and expertise includes orchestrating strategic plans, conducting criminal investigations and making tactical decisions involving comprehensive security operations and crisis management.  He has supervised and resolved numerous investigations involving extortions and kidnappings, hostage negotiations and has been responsible for “specialty events,” ensuring security procedures are followed given a particular threat level.  Selected to join the FBI’s elite Hostage Rescue Team (HRT), becoming a team leader, he has also developed and implemented many policies and procedures now used by agents responding to a crisis situation, and on occasion, has been designated as the on-scene tactical commander in a variety of operations both domestically and internationally.  Retiring in Los Angeles, he was responsible for the crisis management program and the FBI’s locally based rapid deployment team, poised to respond to terrorist incidents and other crisis situations.

Prior to joining the FBI, McSHANE was a naval aviator in the United States Marine Corps, participating in combat operations in the South East Asia.  Appointed a Special Agent, he conducted criminal investigations and counterintelligence for the FBI and was responsible for managing assignments in the Intelligence Community.  Assigned to the FBI’s New York City Field Office, prior to retirement, he directed a squad of agents, providing both technical and industrial security.

Providing security services to a New York City based clientele, SECUREWATCH24 (SW24) is often called upon to conduct investigations so CEOs and department heads can make prudent business decisions—many times in a hostile environment.  SW24’s talented team, including former members of the NYPD’s famed Major Case Squad and the FBI’s Special Operations Branch and Joint Terrorism Task Force, is considered to be a first rate law enforcement platform, giving McSHANE the ability to handle both criminal and civil inquiries, providing thorough documentation and expert testimony when needed.

Believing “security” requires extensive preparation and an informed client, KANE frequently lectures on the topic, providing important information about crisis management, emergency preparedness, workplace violence, hostage recovery, executive protection, and kidnap avoidance.  He also has co-authored book with business partner, PAUL VIOLLIS, titled, “SILENT SAFETY: BEST PRACTICES FOR PROTECTING THE AFFLUENT,” and he is a contributing author to a number of news magazines and trade journals, as well as frequent guest on Fox News, CNN, MSNBC and a variety of other local and national news networks.

As President of WJM Enterprises LLC in New York City, McSHANE frequently conducts Safety and Security Compliance Inspections, evaluates Loss Prevention and Life Safety programs in the hospitality industry, and does background investigations for the United States Government, including adjunct services for both Homeland Security and Security Management at the Department of the Long Island Business Institute.

Aside from being both licensed Private Investigators, KANE and McSHANE are also members of the Society of Former Special Agents of the FBI and the FBI Agents Association [FBIAA].