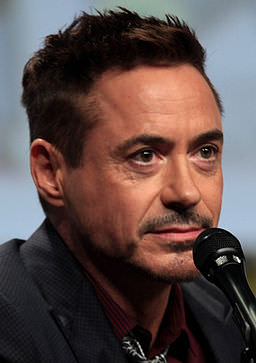 SACRAMENTO–Completing the book proposal for CHASING PHIL author DAVID HOWARD said he was surprised … almost “overwhelmed” by the attention.  In circulation for about a week, he said he expected to get calls from book publishers, but film studios?  That was something he didn’t expect.  He said WARNER BROS PICTURES was asking about film rights, adding ROBERT DOWNEY JR wanted to produce … maybe star, interested in playing the role of PHIL KITZER, the international swindler.

Agents said they initially learned about KITZER, in August/September 1976, when NORMAN HOWARD, a cooperating witness, intimated he was selling “fraudulent” securities operating SEVEN OAK FINANCE LTD, in Kent, England.  Querying several field offices, agents said they discovered the FBI had a number of pending Bureau investigations.  And in one “closed” case, covered extensively by the news media in which prosecutors suffered a stunning defeat, agents said they learned, in 1964/65, KITZER was charged with defrauding $4 million from policyholders, selling high-risk automobile insurance, operating AMERICAN ALLIED INSURANCE CO headquartered in Minneapolis-St. Paul, utilizing a network of thirteen [13] affiliated companies in Minnesota and Illinois.[2]

Briefed about past “unsuccessful” investigations, agents told superiors they thought circumstances dictated the FBI take a different approach, using techniques that demonstrated KITZER’s “criminal” intent.  In the past, prosecutors weren’t able to convince jurors KITZER’s conduct was criminal.  Using traditional methods of investigation, examining records and conducting interviews, agents said prosecutors were simply ensuring history repeated itself.  Seeking to avoid another debacle as evident by the media’s coverage of KITZER’s trial in 1967, WEDICK and BRENNAN thought the circumstances dictated the FBI use an “undercover” approach conducting an investigation.  Amid much debate and controversy, pitting some HOOVER era managers against officials elevated by FBI Director CLARENCE KELLEY, getting limited authority to meet with KITZER, in February 1977, BRENNAN and WEDICK penetrated his organization, using the guise agents could “fence” stolen or fraudulent securities.[3]

Credited with designing the “undercover” scenario, WEDICK said it was nothing the agents did or said in their initial meeting that increased their chances for success targeting KITZER, but rather the months leading up to their initial meeting that gave them an edge … and of course NORMAN HOWARD, a trusted cohort.  Employing psychology, leaving messages wanting to meet, WEDICK said he “never” returned KITZER’s telephone call, until days … sometimes weeks had passed, allowing him to think he wasn’t being pursued.

And vouching for the agents, HOWARD told KITZER both BRENNAN and WEDICK could be “trusted,” since he did business with them.  Like KITZER, HOWARD’s background included orchestrating complex fraud schemes[4], selling high-risk auto insurance policies[5] and “fraudulent” surety bonds[6] [many posted with a District Court in Hammond, IN permitting members of the notorious GARLAND JEFFERS Street Gang to remain on the streets involved in a fierce drug war; and conspiring with Philadelphia mobster NICOLAS D’ANDREA prosecuted for bankrupting the BISHOP FREEMAN housing project in Gary, Indiana valued at $3.6 million.  In exchange for leniency, agreeing to cooperate in the KITZER investigation, HOWARD pled guilty to ten [10] counts Bank Fraud, six [6] counts Interstate Transportation Stolen Property [ITSP] for posting fraudulent surety bonds and one [1] count issuing a fraudulent performance bond.  Not included in the agreement, HOWARD was told he was still under investigation for issuing a fraudulent performance bond used to “underwrite” the FREEMAN project and defrauding the HARRIS BANK OF CHICAGO funds totaling $300,000.

Meeting for the first time at the THUNDERBIRD INN, in Minneapolis, shaking hands, KITZER jokingly referred to WEDICK and BRENNAN as looking like federal agents … later calling them “Junior G-Men,” a phrase they discovered he would repeat often, when introducing members of his inner circle.  Ever conscious of the Government’s efforts to bring criminal charges, KITZER openly talked about prosecutors and Bureau agents, calling them “occupational hazards,” something he routinely thought about, but didn’t fear, boasting they were “no” match for his genius.  KITZER also called agents “lettermen,” bragging he had an innate sense for identifying agents on surveillance.  Asked about their initial meeting KITZER said he knew BRENNAN and WEDICK were “not” FBI agents, because WEDICK “never” returned his phone calls.  Hearing his name, he said any real FBI agent would have called him back “immediately,” since it was opportunity to speak with him without an attorney present.

Excited about the possibilities, HOWARD said his publisher HARCOURT[7] still had 3-weeks to examine the proposal before deciding whether they wanted to make an offer, adding WARNER BROS PICTURES and ROBERT DOWNEY JR’s interest were “unusual,” since “Chasing Phil” hadn’t been published yet.  He credited his literary agent, LARRY WEISSMAN, with generating the attention, commenting WEISSMAN gave the proposal to JOSIE FREEDMAN, a locale Hollywood agent at ICM Partners, in Los Angeles who in turn circulated it with WARNER BROS PICTURES and ROBERT DOWNEY JR.

Speaking with undercover agents, PROC identified JOE TROCCHIO [residence Manorville, Long Island] as spearheading mobsters’ efforts to acquire BROOKHAVEN wanting to use their $150 million loan portfolio to fuel loan sharking activities.  Told about an ongoing probe concerning $2.5 million in “stolen” securities and TROCCHIO, including information mobsters had killed 2-witnesses [4-witnesses by the time the operation went overt], agents warned KITZER about getting into a vehicle destined for “the Bronx.”

Angry about the disappearance of assets totaling $300,000 needed to capitalize FIRST NATIONAL CITY BANK OF HAITI and comments made by KITZER on speakerphone conferring with PROC, mobsters asked KITZER, along with BRENNAN and WEDICK to meet with crime bosses in the Bronx.  Sensing danger, agents recommended against leaving the hotel.  Wanting to resolve the dispute quickly, KITZER invited mobsters to hotel room and using his skills as a conman “extraordinaire,” dispelled the notion he had been disrespectful and further wasn’t responsible for the missing assets.  He suggested instead PROC hadn’t been truthful, suggesting mobsters clear up any ambiguities with him.  Likewise, agents also disrupted a contract “hit” PROC brokered with TROCCHIO targeting Cleveland mobster ARMAND MUCCI.  In exchange for $30,000 in fees, MUCCI had agreed to negotiate a check for PROC totaling $110,000, but when the check “cleared,” kept the proceeds.  PROC turned to TROCCHIO when MUCCI refused to pay the money.

The “undercover” phase of the OPFOPEN case ended when prosecutors said agents had developed several significant cases for prosecution and they wanted to file charges.  But that was “not” the only reason. Traveling with KITZER, WEDICK and BRENNAN did “not” have the same security protections afforded agents conducting “undercover” operations.  Assigned “undercover” duties today, agents are provided with fictitious identities, including credit cards, motor vehicles and in some instances “undercover” residences.  Citing the involvement of the GAMBINO and LUCCHESE crime families, FBI executives said they could “no” longer mitigate security risks, given the fact agents were using their own identities.

Familiar with Bureau investigations, HOWARD’s last book called, “LOST RIGHTS: The Misadventures of a Stolen American Relic,” published by HOUGHTON MIFFLIN HARCOURT [2010], is a non-fiction narrative that details the epic journey made by one of the hand-drafted originals made of the Bill of Rights, “stolen” by a Union army infantryman, rifling through a Raleigh, North Carolina statehouse, looking for Confederate mementos.  The document was seized by the FBI, in a dramatic sting operation almost 138-years later, when two Connecticut antique dealers tried to sell the document in Philadelphia, PA to the nonprofit National Constitution Center for $4-million.

See Hotlink above re:  http://commons.wikimedia.org/wiki/File:Robert_Downey_Jr_2014_Comic_Con_(cropped).jpg