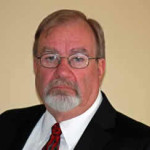 Today we have riots, murders, mayhem, arson, wanton destruction and looting in the streets of many of our major cities. The question many are asking, “Why is this happening?” The answer to anyone not familiar with the politics of the 1950s or the bombings and violence by the revolutionary counterculture in the 1960s and 1970s is not obvious. Others who do remember those movements dedicated to the violent overthrow of America believe that the fervor died and the “nice middle class kids” who detonated bombs, robbed banks and assassinated policemen gave up the struggle and went to work for some big firm on Wall Street.  Baloney!

Fifty-two years ago, the House of Representatives Committee on Un-American Activities published a 65 Page document entitled, “Guerilla Warfare Advocates in the United States.” The report states that future racial riots will soon lead to general rebellion and ties the activities of the various minority extremist groups to Red Chinese principles (House Report No. 1351 May 6, 1968). It was an ominous prediction of the future.

Most conservatives fail to understand the malignancy of the enemy mobilized to destroy them. They refer to the leftists as “liberals” or “progressives” indicating a failure to understand the Marxist foundation and religious dimensions or the lengths that they are willing to go destroy any opposition.

Thousands of Marxists / Communists fled persecution in Europe during World War II and many of them settled in the United States. Their dreams of a socialist utopia in their home countries had failed but rather than give up their dream they decided to try again in America. They became actors, screen writers, journalists, union leaders, civil rights activists and academics. Most people would be shocked to learn the names of many of these people, especially their admired actors and actresses, who were Communists.

Many of the New Left leaders of the violence in the 1960s and 1970s were descendants and were raised in the households of these Communist immigrants. When this new generation’s tactics and strategies failed to bring about the anticipated workers’ and racial revolutions, they decided to try a new strategy – they joined the government in order to work from within. They joined the Department of Justice, the Department of State and they even joined the military. They ran for municipal and state offices and became prosecutors, mayors and governors and many made it to Congress. When you hear an activist or a politician ranting about systemic racism or income inequality ask yourself if this person might be a descendant of Communist immigrants.

Now that enough of these Marxists radicals have achieved the first stage of their agenda, what is next? Here it will be helpful to know a little about Marxists and their philosophy. Marx condemned what he perceived as the exploitation of the working class and predicted a revolution that would abolish private property and end with the collapse of capitalism. He didn’t believe that this could be accomplished by traditional politics. Therefore, he advocated a revolution to overthrow the owners of the means of production and replace them with the following measures:

If any of these measures sound like part of the platform of either political party during this campaign season you are probably right.

The dilemma for a veteran police officer working under the umbrella of a radical leftist government administration is serious and imminent. We make many instant, critical decisions during a shift, the results of which may have serious, negative consequences: suspension, firing, a loss of pension, a civil or criminal lawsuit. The probability of these actions being taken by a leftist prosecutor in this environment of derision of law enforcement is higher than it has ever been.

The option for a new applicant is easier; know the department and jurisdiction where you intend to drop your application and if either is ultra-liberal, run like hell.

In the words of David Horowitz, author, and reformed radical leftist, “Progressivism is fundamentally a religious faith, which meets the same eternal human needs traditional faiths do, and for that reason will be with us always. In the last analysis, the progressive faith is a Gnosticism that can only be held at bay, never finally beaten back to earth.

CLINT RAND has been a U.S. Marine, a municipal police sergeant, prosecutor and riot control squad commander and a Massachusetts State Trooper.

After serving as a Special Agent with the FBI for 23 years, he retired and joined the Criminal Justice Faculty at Saint Anselm College in Manchester, NH where he also coached the varsity ski team.

RAND graduated from the University of New Hampshire, attended the Boston University School of Law and he has an MS from Northern Illinois University where he is a doctoral candidate in Educational Psychology/Adult Education.

He is the managing director and law enforcement subject matter expert for THE CENTER FOR LAW ENFORCEMENT RESEARCH LLC and he manages the web/blog www.radicalpolicing.com. His books The 47 Squad: The Beginning of the Decline of the FBI and Inside Law Enforcement in America are expected to be out this fall.