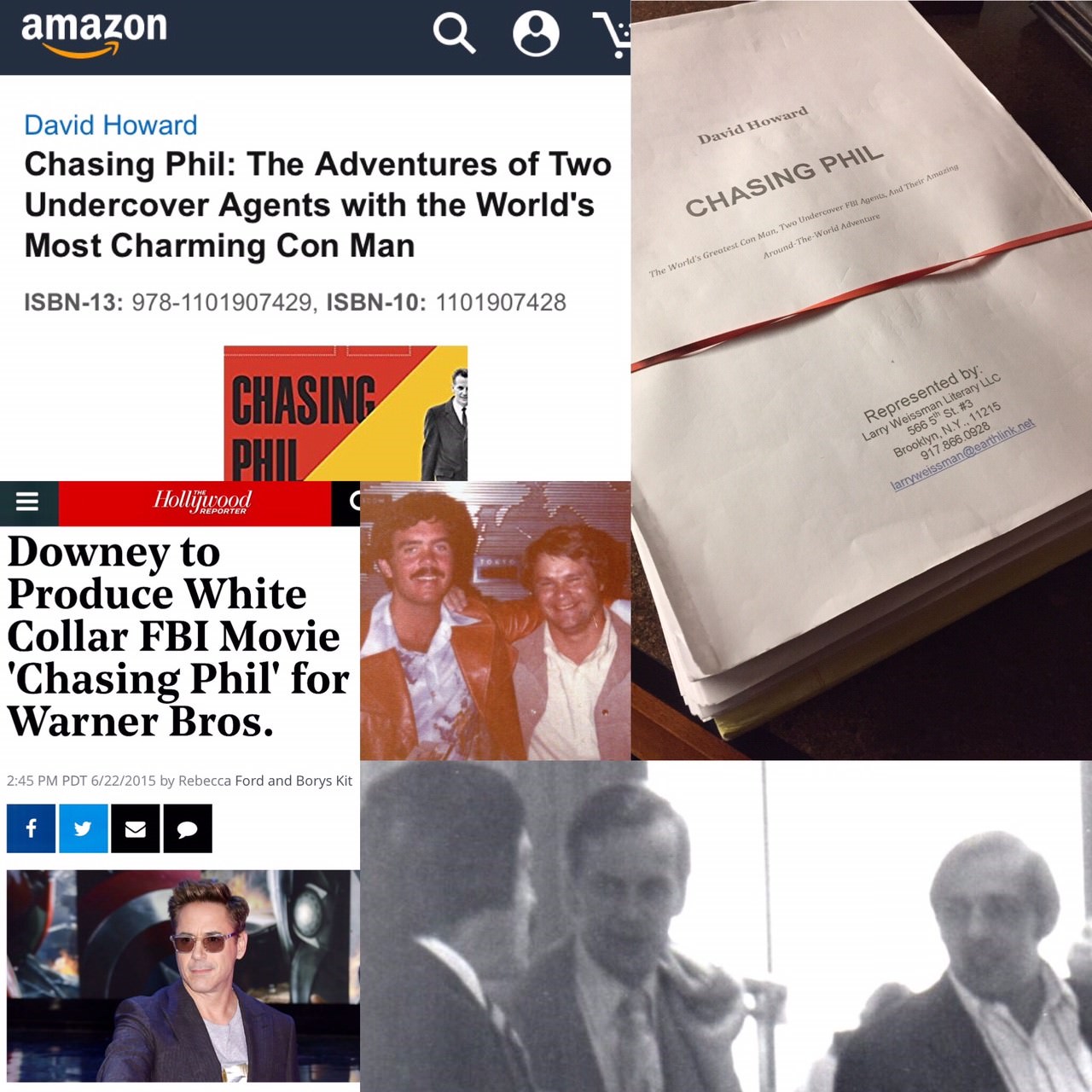 SACRAMENTO–JJ WEDICK stared across the hotel room looking at PHIL KITZER folding some clothes.  He knew he couldn’t wait any longer.  “Phil, I can’t go with you to HAITI,” he said.  He was sure his comment would trigger an argument.  KITZER stopped folding his clothes and looked up. “What are you talking about,” he said?  “We just bought plane tickets,” pointing to the travel agency receipt on the dresser.  KITZER was expected in HAITI by week’s end noting WEDICK had agreed to go with him.

In Miami to pick up some money, the two men were sharing a suite at the SHERATON FOUR AMBASSADORS HOTEL overlooking Biscayne Bay.   KITZER liked staying at the hotel whenever they were in Miami.  It was more like staying at a high rise condominium than staying in a hotel.  Its layout provided guests a certain amount of anonymity, which he liked.  Moving about the complex, which included four towers, he liked being able to get on an elevator or leave the hotel without management taking notice.  It also fielded splendid views of Biscayne Bay and the Virginia Key where they often dined eating at the Rusty Pelican.

Days earlier, in New York, KITZER told WEDICK he needed to pick-up some money in Miami before they moved-on to the Caribbean nation.  Not wanting to talk about the trip, WEDICK simply nodded.  They were in FRED PRO’s office.  Not a good place for a private conversation much less an argument.  He put off talking about going to HAITI for a number of reasons, but mostly because he feared it might generate suspicion.  Regardless, he knew he couldn’t put off the conversation much longer.

Selling “bogus” loan commitments, PRO paid premium dollars renting office space at the celebrated 128 Central Park South.  Occupying a suite of offices, he also rented an oversized apartment with a built-in sauna in the same building … all on the 4th floor.  He liked to brag he shared the apartment with two live-in girlfriends … both models.

Inside the apartment he had commanding views of New York City’s famed Central Park.

But KITZER wasn’t impressed.  He reminded PRO, when it came to money, he always paid KITZER.  “The money went from you to me,” he said.  “Always.”  He also told PRO it was a mistake being so visible.  “You’re going to regret it one day, ” he chuckled.  “The address is only going to make it easier for the FBI to find you when agents want to execute subpoenas seeking records.”   Which KITZER said was going to happen.  But PRO ignored him.  They operated differently.  PRO liked the visibility.  He told KITZER he had lawyers to handle the FBI and he wasn’t worried.  He enjoyed the short walk to the office saying he worked hard setting up TRIDENT CONSORTIUM and didn’t miss fighting to get a cab in rush hour traffic.

Talking about the trip, KITZER reminded WEDICK he had scheduled meetings with an attorney they were going to use operating, “FIRST NATIONAL CITY BANK OF HAITI [FNCBH].”  Spending months raising seed money, he said the time had come to make the bank operational.  According to the attorney, he said they needed to grease the palms of government officials and expected WEDICK and JACK BRENNAN to accompany him, since they agreed to be bank officers.  What KITZER didn’t know was WEDICK and BRENNAN were two FBI undercover agents and he had been targeted for investigation in case code named, “OPFOPEN; MAJOR CASE #1; Office of Origin [OO]: Indianapolis [IP].”  The case carried with it the added distinction it had been designated MAJOR CASE #1 under the Bureau’s new case management system with White Collar Crime [WCC], Organized Crime [OC] and National Security investigations being the FBI’s top three priorities.

Leaving New York, KITZER promised PRO by month’s end the new offshore bank would be operational.  He also made similar assurances to a couple of wise-guys in the GENOVESE and LUCCHESE crime families wanting to use the bank to take control of the BROOKHAVEN SERVICING CORPORATION [BSC], also known as [aka] the BROOKHAVEN MORTGAGE COMPANY, in Melville, Long Island.  A “liquidation” expert, PRO wanted to buy BSC, but he needed KITZER’s help.  BSC was in “bankruptcy.”  Taking control of BSC, he said mobsters JOE TROCCHIO and his crew wanted to use the company’s loan portfolio totaling $150 million to make street loans.  And in more sinister plot, said VINNIE DINAPOLI wanted to develop a boutique hotel that catered to the “gay” community in Fort Lauderdale, so mobsters could extort guests visiting the venue.

For weeks WEDICK and BRENNAN tried to get travel authorization to accompany KITZER to HAITI, but the Bureau was adamant the agents could not go.  The island nation was too risky and dangerous Bureau officials said.  Per chance something went wrong they didn’t have any means to get the agents out of the country.  Under the murderous rule of JEAN CLAUDE “BABY DOC” DUVALIER, officials said the tiny island nation was ranked among the most corrupt.  A perfect venue for KITZER and his bank, but an extremely dangerous environment for the agents.  Under BABY DOC’s rule, law enforcement experts said government henchmen looted the country’s treasury funds totaling approximately $504 million.

On the western side of the Island of Hispaniola, HAITI is located between the islands of Cuba and Puerto Rico with the Dominican Republic on its Eastern border.

Not going to HAITI, WEDICK knew he should have said something earlier, but feared the revelation might undercut the agents’ relationship with KITZER, maybe, even end it.  The bank was KITZER’s signature project.  Looking at the plane tickets on the dresser WEDICK knew he couldn’t postpone the conversation any longer.  He had to break the news to KITZER.  Choosing his words carefully, he told KITZER the agents had a problem going to HAITI … a dark secret.  KITZER was intrigued.  “A dark secret,” he said.  “Spit it out.  This better be good.”

Likewise, writing for THE WALL STREET JOURNAL on March 23, 1981, JIM DRINKHALL tells readers, “No article on offshore bank thievery … [can be] complete without at least a passing reference to … legendary con man PHILLIP KITZER … [who] used shell banks … [like] money machines.”  In his piece captioned, “Con Men Are Raking in Millions … Setting Up … Caribbean Banks,” DRINKHALL said KITZER pedaled “at least $100 million” in bogus securities/adding his “downfall came when he took-in two protégés … nicknamed … ‘Junior G-men’  [because of their appearance] … [unaware] they were FBI agents.”

Framed in exotic locales, readers discover they too become travel companions of the agents, as they try to match wits with the globetrotting PHIL KITZER, deal with the FBI’s cumbersome bureaucracy and/or try to resolve conflicts meeting with Organized Crime [OC] figures in New York and Europe, politicians and crooked businessmen seeking “bogus” securities, and/or members of Switzerland’s famed financial underworld/orchestrating multi-million dollar bank fraud schemes and laundering “dirty” money.

CHASING PHIL also details for the first time the true origins of the FBI’s famed ABSCAM case where members of Congress were later prosecuted for soliciting bribes in exchange for seeking legislation favorable to an Arab Sheik.  The spinoff case materialized as mobsters tried to seize control of BROOKHAVEN MORTGAGE COMPANY [mentioned above], utilizing KITZER’s network of offshore banks using FRED PRO and MEL WEINBERG, another member of the select group of international swindlers  KITZER and PRO called, “THE FRATERNITY.”

In the FBI for almost 35-years whose experiences include being an undercover agent and later responsible for the FBI’s corruption squad in Sacramento, California, as noted above Mr. WEDICK’s career includes initiating the FBI’s “OPFOPEN” investigation that targeted globe-trotting conmen and Organized Crime [OC] figures using “offshore” banks to launder money, issue bogus securities and conduct fraudulent transactions; undercover roles in the ABSCAM probe where members of Congress were prosecuted for soliciting bribes; and investigating and prosecuting the sons of New York mobster JOE BONANNO in operation code named, “SKINBURN,” for defrauding a number of businesses in California and Utah.

In 1994, following a successful 3-year undercover probe involving the California State Legislature, dubbed “SHRIMPSCAM” by  the news media, he received the FBI Director’s Award for prosecuting 5 California state lawmakers on RICO and corruption violations and his performance was cited in the U.S. Congressional record.  Because the investigation concerned a complicated “undercover” scenario using “bogus” legislation that required the specific authority of the FBI Director, he was nominated for the Attorney General’s Award and was featured in the LOS ANGELES TIMES SUNDAY MAGAZINE in an article captioned, “The G-Man, the Shrimp Scam and Sacramento’s Big Sting: FBI Agent JAMES WEDICK’s Undercover Operation Netted 14 Public Officials. But Has It Changed the Way the State Legislature Works?” written by MARK GLADSTONE and PAUL JACOBS, dated December 11, 1994.

And because auditors suggested Medicaid Fraud had become the “crime du jour” amongst Organized Crime [OC] figures and White Collar Crime [WCC] thieves, during period 1998 thru 2001, he launched 3-Health Care Fraud Initiatives prosecuting 324-medical providers with defrauding funds totaling in excess of $228-million. The successful FBI Initiatives attracted the attention of broadcast and print journalists alike, including MIKE WALLACE on 60 MINUTES and the LA TIMES who did a nine-part series detailing the fraudulent abuse of California’s Medicaid Program.

In April 2004, Attorney General JOHN ASHCROFT congratulated Mr. WEDICK on his retirement from the FBI commenting his investigations into White Collar Crime, Organized Crime and Public Corruption were “models” for other agents to “emulate.”

And you can follow him on LINKEDIN here at: https://www.linkedin.com/in/FBIexpert/